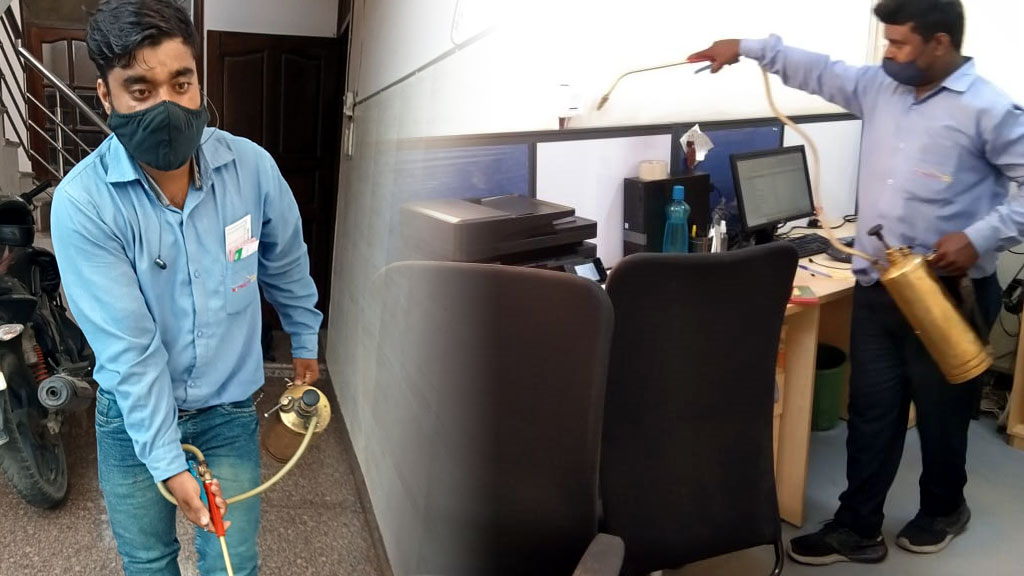 Learn About Crickets And Cricket Control

Crickets are small insects that make chirping noises to attract females for mating. There are approximately 900 known species of crickets around the world. Prominent species of crickets include ground crickets, field crickets, and house crickets. Usually, crickets are found in temperate climates and are located inside houses, meadows, and gardens. They are considered to be pests inside homes and buildings because of their high-pitched chirping noises. Typically, they feed off organic materials, but will eat almost anything including wood, wallpaper, clothes, food, and wrappers.

Cricket Control in Ghaziabad can be accomplished by cleaning cluttered areas such as garages and basements, sealing thin cracks around the house, and securely storing food. Aerosol insecticides, bait, and traps are effective options for getting rid of crickets inside and outside of the home. Because crickets are most active in the dark, it is beneficial to implement control methods at night.

Aerosol insecticides are effective in getting rid of a few wandering crickets around the house. However, to get rid of a larger number of them, cricket bait and traps are more successful than aerosol insecticides. Baits are useful because crickets will eat almost anything, including toxic baits, which will kill the them immediately. Cricket traps such as glue traps are useful for getting rid of crickets in hard to reach areas where they tend to nest. Placing glue traps behind furniture or in dark, moist areas will make them stick to the glue, prevent them from moving, and eventually will cause them to die. When getting rid of crickets becomes complicated and infestation occurs, contact a pest exterminator to eliminate them completely.

100% Safe For Child and Old Citizens

We Offer Pest Control Solution For

All Charges Exclusive of GST Charges 18%

All Charges are Estimated Price may be differ depending upon Area and Requirement.

Rates of pest control services for any types of charges may vary depending upon a lot of factors.

So Please Call Us For Free Inspection so that We will give You Final Charge.

The final best and affordable price will be given only after home inspection.

Home About Us Our Services Contact Us Query XML Sitemap